I don’t necessarily like to “set goals” at the beginning of the year. So many things can change between now and the end of the year and having an “uncompleted” goal sometimes can feel like a failure. Being the perfectionist that I am, that can be a tough pill to swallow.

However, as much as I do not really want to, I am going to set some goal’s for the horsie side of my life ! There are a lot of things I want to get done this year and writing them down publicly will make me feel a bit more accountable….I think.

Get to an event : I wanted to do this last year but with the wedding and timing it just didn’t happen.  I’m hoping to get to Beaumont this year and make it around without dying at the teeny tiny level !

Get to an ‘A’ level jumper show : This has been something I have wanted to do for years.  Money has always been the biggest issue but I think I can get it done this year.  Have a real show season : One or two shows a year just is not cutting it for me. It’s slightly enjoyable (minus the early mornings) to get out and do something to show off the pony. Terrifying ? Yes. But st some point I need to step outside of the box ! 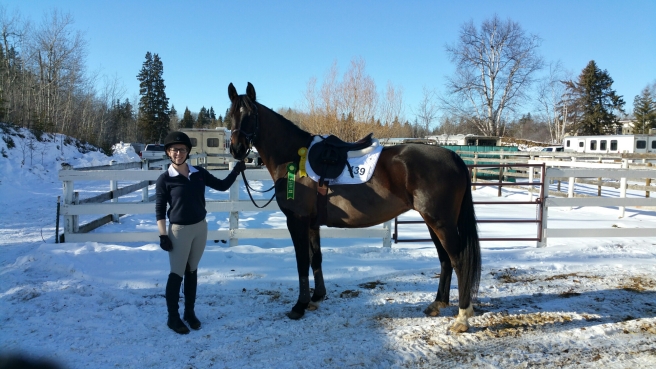 Get more comfortable with height AND oxers: I think this is the number one thing I want to accomplish.  I hAve turned into such a baby over the last year and a bit and it’s frustrating to me and I can only assume my coach as well !

These are the goals, when I “set” them, take the back burner a bit. Pony goals are the goals I obsess over a more since that is where all my time goes anyways !

Get healthy: everyone has this goal. And most people just want to lose weight. That would be nice, but I want to actually be healthy. We eat out so much and all of it bothers me. I never exercise other then riding my horse which is catching up with me too. I miss the days when I worked in the barn and was fit and felt great.

Budget better : this one is a hard one.  I save money each paycheque but….I could be saving more. Which ties into the next personal goal …

The most important one to me…

Buy a horse trailer : I wanted to do this in 2016. This did not happen. Between the wedding….and the wedding saving money hit a bit of a stall. Life would be so much easier with a trailer.
I’m hoping to accomplish most of these goals. And I’m sure more will pop up over the year but st the moment, these are some of the top things that have popped into my mind lately.

Justhe wanted to wish everyone a very merry Christmas ! Hopefully everyone has had a fantastic day spent with their family and good food ! 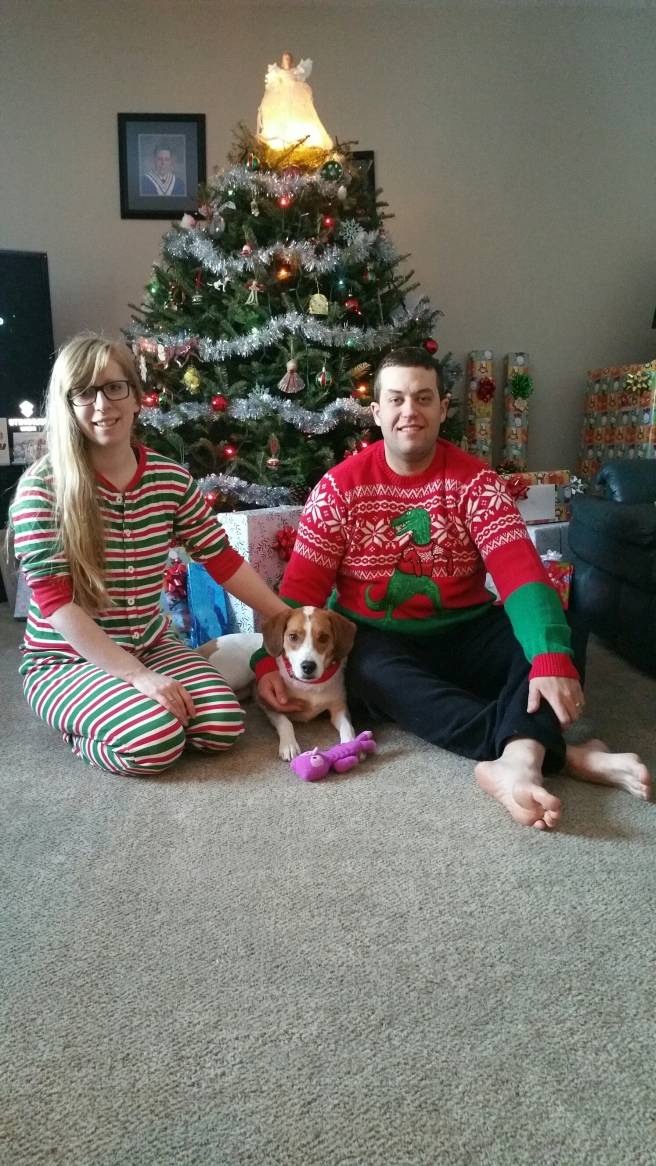 From the husband, Lexie and I !

Winter is DEFINITELY upon us now, minus the snow this year apparently, which means back to full time training and not so many lazy, hot summer rides. It also means…. clinics!

Winter has always meant clinic season to me. Since living in the city, maybe not so much. You either have to haul or there are audit fee’s, or they are too far away to do either of those things. Mostly in my case, it is all of the above + no money +naughty pony = no clinics for me. That’s changed since little mare has grown up and the ladies I ride with clinic all winter!

I had a blog post earlier this year about one of the clinics I did with Sandra Donnelly – which was fantastic and I cannot wait to ride with her again in 2017!

Just recently, my coach hosted a clinic at the barn she is out of with Lizzie Gingras at Amberlea Meadows. I called dibs on a spot as soon as I heard and boy am I ever glad that I did!

We hauled in the Saturday morning, a couple hours before I rode. Luna had never spent a night in a stall before the clinic so I wanted her to spend as much time as possible at home. She loaded, hauled, unloaded and chilled in her stall like she had been doing this for forever! Proud mommy moment ! I may not have been as chill as her, but that’s what “magic juice” is for 😉

The beginning of the ride was all flat work. Flatworkflatworkflatwork. And Luna was FABULOUS. My mind was blown. She was just SO FREAKING GOOD and if that had been any normal lesson, I probably would have stopped right then and there because she was being THAT good. That wasn’t an option though so on we went.

We worked on a simple line of three jumps. First two jumps were easy peasy. By the time the third one went up (and to an oxer) we were both feeling pretty tired and my riding slid down the tubes. We did end on a positive note and I found out that I take my legs OFF down the lines. I always THOUGHT they were on, but I guess not! 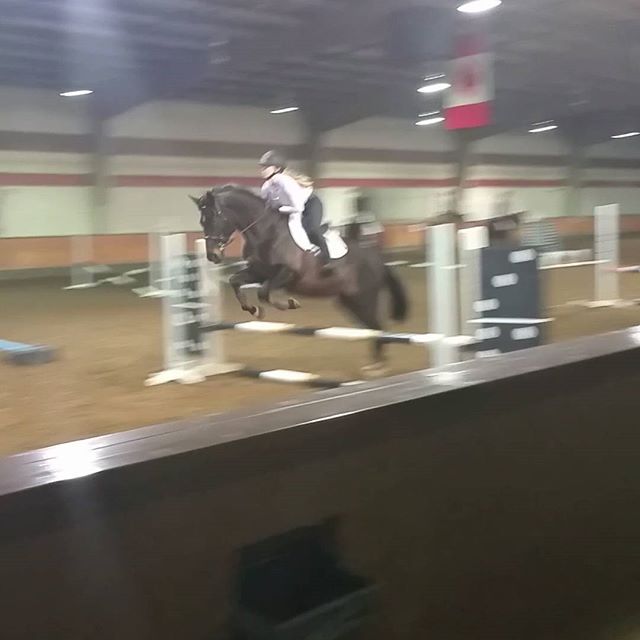 Day 2 was course work. MUCH less flat work thank god because I sure did not have much horse left! She was wild while I was getting her ready and when I first got on but when we went to work that flew out the window.

First was work over raised poles on a serpentine which equals HARD work. I was happy with it, we were collected and patient (for the most part) and were getting our changes over the pole. Yippee!

Next we went straight to lines, with boxes AND boxes UNDER oxers! EEK!

That is totally how my face looked. But we did it. We were supposed to get 7, and I manged to get 8 strides a few times and SIX strides a few times. The first 6 strides I got made my coach go “Yay Luna!” since I am the QUEEN of adding strides! We did it several times until Lizzie was happy with what I got and moved on to courses.

Sometimes….I forgot how to ride. And I did that at a couple of jumps. I was feeling a bit defeated near the end, and when we were asked to put the whole course together I KNEW I had to get it done in one go or I would not have any horse left. And we sure got it! Straightness, forwardness and awesomeness just came right out of the both of us! I couldn’t be happier with how it went.

Ending the clinic with Lizzie saying “I am so thrilled with you right now” sure made my weekend (after the “I LOVE your position” comment the first day). The whole thing made my weekend. Luna was just a freaking superstar in the barn and in the arena. We came out of there after having learned so much! I was exhausted but I wish I could do it all over again!

Moonlit Pastures - The Ramblings of an Adult Ammy Rider

She Moved To Texas